Two months ago, we reported on a lawsuit filed in New Jersey by BMW against digital media company, TurboSquid, Inc.  According to the complaint, TurboSquid was “marketing 3-D virtual models of vehicles that infringe the BMW trademarks, trade dress, and design patents.”  The case presented interesting legal questions with respect to IP and virtual reality.  For example, can selling a digital 3D model of a car, which exists only in virtual reality, infringe a design patent?

On August 10, BMW filed a Notice of Voluntary Dismissal of the case — without prejudice — leaving open the possibility of BMW “rebooting” its lawsuit against TurboSquid in the future.  Thus, at least for now, it appears that the interesting legal questions are left to be resolved in a different or future dispute.  Interestingly, we note that TurboSquid no longer sells 3-D models of BMW or Mini Cooper vehicles on their website — although they do have models of other vehicle manufacturers, such as Tesla, Audi and Toyota.

The issue:  Can selling a digital 3D model of a car, which exists only in virtual reality, infringe a design patent? 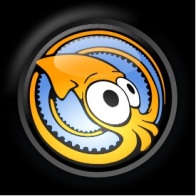 TurboSquid is a digital media company that sells stock 3D models used in 3D graphics to a variety of industries, including computer games, architecture, and interactive training. The company, headquartered in New Orleans, Louisiana in the United States, is most known for brokering the sale of 3D models in return for a percentage of the sales. As of 2014, TurboSquid had over 370,000 3D models in its library, making it the largest library of 3D models for sale in the world.

TurboSquid’s website lists Sony Pictures, Activision and Pixar as a few of their clients.

On May 3, 2016, BMW filed a complaint in a federal district court in New Jersey alleging, among other claims, that TurboSquid’s 3D models of certain vehicles infringe BMW’s design patents.  In particular, BMW alleges that TurboSquid is “marketing 3-D virtual models of vehicles that infringe the BMW trademarks, trade dress, and design patents.  [TurboSquid] markets and tags BMW-trademarked 3-D virtual models of BMW vehicles as suitable for games.”

BMW’s design patents (D473,165, D639,209, D664,896, D714,190, D714,687, and D724,495) are directed to BMW, Mini, and Rolls-Royce branded vehicles produced by BMW Group. The ’165 patent is titled “Surface configuration of a vehicle, toy and miscellaneous consumer products incorporating the design,” and the other patents are each titled “Vehicle, toy, and/or replicas thereof.” BMW have also asserted trademark infringement claims against TurboSquid and is seeking injunctive relief, disgorgement of all of TurboSquid’s profits under 35 U.S.C. Section 289, attorneys’ fees and other remedies.

It remains to be seen whether “virtual” objects can infringe a design patent (or perhaps in a future case, utility patents).

For more analysis on the trademark claims, Patently-O had an interesting write-up which can be accessed here.